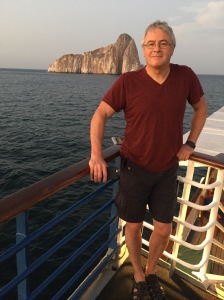 In 2014 I attended my first OCD Conference, and I kept hearing snippets of conversation about this man, Dr. Michael Jenike. It was “Jenike this” and “Jenike that.” I finally asked my hotel roommate who Jenike was. “You haven’t met Jenike?!”

In 2013 Dr. Jenike had granted me permission to use his very helpful checklist for finding an effective therapist in my book, so when I met him at the 2015 conference, I thanked him. After all I had heard about him, I thought he’d have an intimidating, scholarly presence. Nope. Not so much. He said, “Where’s my cut of the royalties?”

Dr. Jenike is brilliant, yes, and he’s helped countless people gain control over OCD. But he’s really goofy, too. Going to this year’s conference in Chicago? See for yourself.

You’re kind of a big deal in the OCD community. You founded the Obsessive-Compulsive Disorder Institute (OCDI) at McLean Hospital, a world-renowned residential treatment program. How did that all come about?

After treating thousands of patients for a number of years, we realized that some patients did not improve despite medications and behavior therapy. I thought that perhaps a residential OCD facility where patients could stay for long periods of time might make a difference. We planned to do the same treatments, just for a longer period of time and more intensely. McLean OCD Institute has now been open around 20 years and the demand for services has not let up.

When you decided to go into psychiatry, did you know you’d end up treating OCD? If not, when and how did you decide to focus on this particular disorder?

I had no idea about OCD. In medical school I had a classmate who would miss many classes because he was in the bathroom washing his hands. I had no idea why he was doing that. I was going to be a surgeon and planned on going to Johns Hopkins for surgery. In medical school I had an inspiring teacher, Dr. Ronald Krug, who thought I would like to take a psychiatry elective with a local psychiatrist. This was an amazing experience and I could see that if you were aggressively working to help people with real expectations that many got better or improved markedly. Prior to that elective, I mostly saw psychiatrists as talkers and not result oriented in medical school. I was always a results oriented sort of person, thus my interest in surgery. However, there were some awesome psychiatry lectures in medical school and I thought it would be great to learn psychiatry, but I had no intention of becoming a psychiatrist. I asked the doctor in charge of the elective and Dr. Krug where the best place to learn psychiatry was, and they said Massachusetts General Hospital (MGH). I applied and was accepted for training and finished up there and stayed on the faculty ever since.

While in residency at MGH I saw a few OCD patients and was fascinated with these patients who would do crazy and seemingly purposeless rituals for hours despite being totally sane. They were really nice people but they were suffering as much as anyone I had ever seen. I was always interested in lessening people’s suffering so this intrigued me. Also, the total lack of knowledge in my supervisors about OCD was astounding. No one thought they could be helped. OCD became my hobby. During these early years of my career, I ran the MGH inpatient psychiatric department and founded and ran the MGH dementia clinic for about 15 years. I mostly published in geriatrics and dementia with occasional OCD papers. We thought OCD was very rare. Out of the blue, the Larry King TV show called me and wanted me to go on the show with an OCD patient. Their request was for me to discuss where you could shoot yourself to improve mental illness. There had been a report of a young man with depression and OCD who shot himself in the front of his head and he recovered and his OCD and depression were gone. After that, we got over a hundred calls a day for a long while. The OCD disorder that we felt was very rare was obviously not uncommon. Soon after a large study came out showing a prevalence of OCD of over 1 percent of the population. With the onslaught of OCD patients I gradually shifted to mostly doing OCD clinical work and research. Over the next few decades we branched into all kinds of clinical trials, genetic studies, neuroimaging studies, and innovative treatments. The staff grew to over a hundred people, and we now have a huge clinic at MGH headed by Dr. Sabine Wilhelm that specializes in OCD and also related disorders like body dysmorphic disorder, trichotillomania, Tourette syndrome, et cetera.

You contributed to Life in Rewind: The Story of a Young Courageous Man Who Persevered Over OCD and the Harvard Doctor Who Broke All the Rules to Help Him. That’s a long subtitle—did you really break all the rules, and did doing so change the course of OCD treatment for generations to come?

I don’t really worry about the rules if they get in the way of patient care. I was told when I was in training that psychiatrists are not allowed to make house calls but my patients were stuck and could not get out of the house so I saw no other way. I don’t break rules just to break them (I hope). It seemed silly to have a nonsense rule that prevented very ill patients from getting help. We have systematically set up a group of master’s-level clinicians to go into people’s homes to treat severely ill patients. I do think this is a model for the country but funding is a problem. I have gotten around this by very generous donations from a few people that allow me to pay these clinicians well to do this work. I still spend much of my time out of the office seeing people on their turf. I find this fun and exciting, and the results can be fantastic. Ed Zine, the person in the book you mention, is doing great. He has two teenage daughters and a wonderful wife. He has gone back to school to become a therapist and wants to help OCD patients. He will talk to patients on the phone to help motivate them. Could anything be more rewarding?

Jeff Szymanski said he credits you with setting the tone of the annual OCD Conferences because you were always willing to answer questions after your sessions—once for 12 hours. I’ll quote him here from the wrap-up podcast he did after last year’s conference: “If you see Dr. Jenike, shake his hand. He really set that norm of, ‘You’re here, you’re working, you’re going to be generous.'” Did these early experiences surprise you, or did they confirm what you already knew, that people desperately needed help and resources for OCD?

That was always my style. I gave the keynote talk at the Boston annual conference and after there were many questions. I told the audience I would stay till all their questions were answered. After a while they moved us to another room, and I was there over 12 hours, and it was a totally amazing experience. Each question is worth taking seriously as sometimes you answer a question or send a patient to a good clinician and that few minutes changes their or their children’s lives forever. Each year at the annual conference people come up to me and report how well they are doing. Life is short; if I can make such a difference it makes what I do totally worthwhile. This is such rewarding work.

Through my advocacy work I’ve met lots of other people with OCD, and so many of them either refuse to take medication in the first place or decide to go off it because they see it as a crutch. Say you have a patient you think could benefit from medication, but she is either afraid or thinks taking medication is a sign of weakness. What would you tell her?

This is always a hard problem. Sometimes medication helps a lot and people decide to stop it even though they are not having much in terms of side effects. If people get well after long periods of illness, there are demands on them. Work. Family. Dating. Et cetera. It is sometimes easier just to go back to the old and “comfortable” illness. Some people almost see OCD as an old friend. I explain that using meds for OCD is really no different from a diabetic using pills or insulin to control their sugar. The person has an illness and the medication can help them lead a more normal life.

Who can benefit from a residential program like OCDI? Would an individual with OCD enroll only after exhausting medication and outpatient ERP?

Usually outpatient treatment like behavior therapy and medications are tried before the OCDI. Most patients at the OCDI have not done well with these treatments. 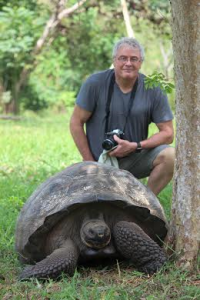 I have what some people call pure O; I mostly struggle with obsessions and don’t perform physical compulsions such as hand-washing. How would my OCD be treated at OCDI?

Patients with so-called pure O all have compulsions but the compulsions are mental. If you look at it like that, the treatments are similar. They can read Lee Baer’s book The Imp of the Mind for detailed instructions on how to manage the thoughts. Everyone has intrusive thoughts but they pass through the brain quickly if you don’t have OCD. If you have OCD, the thoughts can get stuck and a person will ruminate about the thought; what it means, are they a bad person, et cetera. The pure O patient has to learn to just let the thoughts be there and not analyze or ritualize about the thought. Similar to a person who washes away contaminants; they just contaminate themselves and then not wash.

If you could share just one piece of advice with someone with OCD, what would it be?

Don’t let your OCD go untreated. Thousands of people just accept OCD and don’t take advantage of treatments that may do a world of good. OCD sucks the enjoyment out of life and life is meant to be enjoyed. It is short (I realize this more now that I am older) and there is no cosmic requirement for lifelong suffering.